Are you currently seeking a way to upgrade the value and appearance of your home in Wanstead? Then why don’t you consider adding plantation shutters? It’s a form of window treatment, which dates back to the 18th and 19th-century plantation houses of South America and the Caribbean. Those kinds of shutters are experiencing a rebirth, popping up in most contemporary homes.

Plantation shutters in Wanstead are as versatile as traditional shades. They add a sophisticated feel to space. What’s more, they are equally at home in modern and vintage-inspired settings and come in different sizes and shapes.

They could even be attached to arched, round, or other window shapes for an extremely bespoke look. However, the attractive look of such wooden shutters is only the start of their appeal.

Before window glass was common, indoor plantation shutters were all that safeguarded a home’s dwellers from the elements. People would open it to allow a cool breeze or fresh air and close them tight against a strong storm, the winter chill, and the summer heat. Before electricity was the norm, they were efficient at limiting the amount of sunlight entering the interior space.

Plantation shutters from Long Island Shutters could have most of the same effects. They’re efficient at obstructing heat transfer between the outside and inside as they are designed into the window frame. You can utilize them for light control, letting sunlight come only through the slats, or you can swing open the shutters.

Such characteristics combined could suggest that your heating and cooling, as well as lighting systems, don’t need to work as hard, leading to lower electricity bills.

Installing the indoor plantation shutters from Long Island Shutters is different from just vertical blinds and hanging curtains. Did you know that plantation shutters are built-in? They are made of wood or a wood substitute, which makes them a robust fixture in the design of your room. They are as much as part of the structure of the home as they are a decorative element.

Therefore, what does all that suggest in your investment? Plantation shutters are versatile shutters. You can easily redecorate your home many times, even without changing your shutters. You might require a new coat of stain or paint job to keep them looking at their best.

Interior shutters are also famous for potential homebuyers in Wanstead. They could boost the value of your home more than any other type of window treatment. The value rises further if you add shutters made of top-notch materials.

Are you interested in window treatments, which are attractive today and will stand the test of time, in terms of both durability and style? Then you cannot beat indoor plantation shutters from Long Island Shutters.

The resulting energy bills could make the first installation cost worth it. So, the next time you are interested in purchasing yet another new pair of curtains, make sure you talk at Long Island Shutters about their Wanstead shutters.

We are only a 24-minute drive away from the centre of Wanstead. For more information please call Long Island Shutters on 01992 524 888 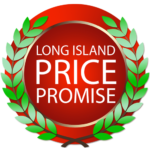 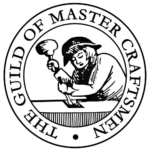 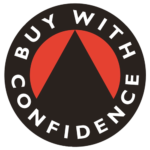